Letter from Rome: What is liberal morality?

Dear friends of Istituto Acton,
Three recent events have made me reflect on a certain theme that should be of interest to religious-minded advocates of the free society. Or at least it should be of interest if we wish to overcome the perceptions of religious believers as simple-minded fanatics and liberals as amoral libertines. This theme can be posed as a question: what is liberal morality?

The three events were: 1) an interview I gave to an Italian online publication in response to a French professor who claims that capitalism is the root cause of gender theory and other cultural and social revolutions associated with liberalism; 2) a talk given by a German professor on “liberalism as an attitude” at the European Students for Liberty conference in Berlin last month; and 3) the controversy caused by the upcoming papal encyclical on human ecology.

Now, I realize that the term “liberal” can mean many things, but let’s assume that it describes those who, when considering political, social and economic questions, give greater priority to individual freedom than to other goods such as equality, tradition or order. Liberty need not be the only consideration, but it tends to be the dominant one. There are right-wing, moderate and left-wing liberals who disagree on different issues and may prefer another good in a particular instance but none of them question the good of liberty as such.

In the wake of these three occurrences, I’ve been confronted with claims that certain liberal ideas or practices are now considered, by people I think would call themselves liberals, to be immoral. Alain de Benoist equates economic liberty with gender and sexual liberty and explicitly blames capitalism for our general confusion about human nature: by legitimatizing selfishness, capitalism encourages us to overcome all limits, including those posed by our male and female natures, and to obscure all ends or purposes. Liberalism means “anything goes” in all areas of life and leads to nihilism. Not being a religious believer, however, he has no alternative to the human will as the basis for morality. (Perhaps he’s not a liberal, but aNietzschean: man would rather will nothingness than not will.)

Karen Horn teaches the history of economic thought at Humboldt University in Berlin and has had sensible things to say about Adam Smith, as I witnessed at a lecture she gave some years ago at a Markets, Culture and Ethics seminar at the Pontifical University of the Holy Cross. I was therefore unpleasantly surprised by her presentation on liberalism as an “attitude.” The lack of thought or anything resembling an argument was evident, as she did nothing but complain. Her targets included the founders of the United States for proclaiming “self-evident truths,” (as opposed to the “values” of the German constitution), Catholics who oppose same-sex “marriage” and want to imitate Al-Qaeda, capital punishment and life imprisonment, and “old men” who ask her why she doesn’t have any children. Stridently moralistic and judgmental about other people’s moral beliefs, she ought to be nominated as the schoolmarm of politically correct liberalism. Her gospel of dogmatic tolerance, a perfect example of the dictatorship of relativism, prompted stunned students to ask “Who are these Al-Qaeda-like Catholics?” and “What would you do to punish pedophiles and Nazis?” Horn had no serious reply.

And finally there is the “sustainable development” crowd that is currently in Rome to discuss climate change and human dignity at the Vatican. The concept of sustainable development has been on the United Nations agenda ever since the end of the Cold War. Communist and Third-World nations used to continually beat up on capitalism (while living and working in Manhattan of all places!) with calls for a New International Economic Order to, in essence, redistribute money and technology from the wealthy West to the rest of the world. The same now applies to sustainable development, only with many Western nations now alleging that capitalism is economically, socially and especially environmentally damaging. Stop us before we make everyone richer, healthier and safer, they seem to be pleading. The UN secretary-general called climate change “the defining issue of our time,” urging a transformation of “our thinking and our values.” To what he did not say but it’s clear he means away from capitalism and looks to Pope Francis as a great ally in the cause.

No one in the sustainable development movement seems to recognize that the UN is comprised of member states, i.e. governments, who are the main reason why there are still so many poor people in the world. Governments that deny basic property rights, the rule of law, and the freedom to trade impoverish their people in order to maintain power and control. So why does anyone think these same governments have had some kind of moral conversion to help the poor, when they can much more easily extort money from others, all in the name of some noble-sounding cause?

With “friends” like these, you can understand why I’m pessimistic about the future of liberalism.  If our choices are nihilism, political correctness, and UN-managed sustainable development, it may be time to start looking for new islands or planets to colonize. If God Himself was so disgusted with humanity that He flooded the entire planet (there were no UN protocols to stop Him at the time), liberals can be allowed to despair as well. But once the haze of discouragement lifts, what will they have to do to regain their confidence?

There are no easy answers, of course, but perhaps we can begin by identifying what to avoid: the extremes of moralism and cynicism. By moralism I mean the tendency to turn every problem into a crisis of global proportions and those who disagree with one’s policies into evil incarnate; by cynicism, the temptation to think the only ways to succeed are by hook or crook, where we expect our politicians to lie, cheat and steal in order to win elections. Only a corrupt society could make a show likeHouse of Cards about its own government – even if it is compelling television. We’ll need to start taking reality more seriously but also more confidently; in the words of Josef Pieper, citing St. Thomas Aquinas, we need to start recognizing the “truth of all things,” true because they are actually known by the Creator and potentially knowable to us humans as well.

Some liberals may have thought they were throwing off the shackles of old-time religion in the name of reason and for moral purposes. Fair enough. But they will also have to realize that human beings are religious and moral beings by nature, that if these aspects of human nature are suppressed in the name of freedom, they will re-appear in different guise elsewhere.

As a convert to the Catholic faith, I like my religion and morality straight. I’ve already got a pope and a catechism to back them up, so I really don’t need to look to the UN or some trendy manifesto to give my life meaning or purpose. The theological and philosophical richness of the Catholic Church is evident if not acceptable to all. For legitimate reasons, many liberals want to downplay religion and politics but neglecting them altogether is begging for new gods and new Caesars to take their place. So who will be their Moses and where will be their Promised Land?
_________________________
Source: http://www.acton.org/global/article/letter-rome-what-liberal-morality

Scan to visit this page: 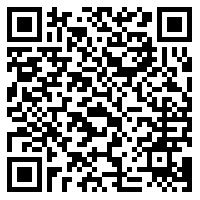